The Source of Life in the Universe Is Our Heavenly Mother 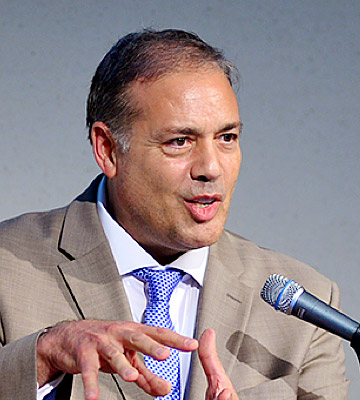 Many people today think that life must’ve come from outer space. But we cannot find any source of life out in the universe.

Then, where should we look for the source of life? Let’s study about this through science and the Bible.

Today, people believe science more than they believe the Bible. Through science, our understanding of the processes of life has soared. But as we understand more, it’s natural to wonder: ‘What is the origin of life? Where is the source of life in our universe?’

In fact, many people today think that life must’ve come from outer space. One of the reasons they think that is because we have not been able to recreate life here on Earth; men have been trying diligently, but they’ve failed to create anything so far.

I’ll give one example. The leaf of every tree, every single day, does something that we as men cannot do. That is to take a molecule called carbon dioxide, out of the atmosphere. Carbon dioxide is very stable; the carbon atom does not want to give up the two oxygens. But through a process that we call photosynthesis, a special enzyme works, called by the acronym RuBisCO [Ribulose-1, 5-bisphosphate carboxylase oxygenase].

Is there another source of life out in the universe?

It is said that man is the lord of all creation. But man is too weak to create anything new. Then, did the scientists who looked out into the universe find any intelligent life somewhere? Was there another source of life out in the universe? With all of their looking, they have found nothing! It’s because the source of life is not out there.

We must understand the true origin of life. This is God’s will.

Amazing facts of science recorded in the Bible

There are facts of science throughout the Bible that could not be understood even till the 20th century. This allows us to realize that the Bible is the absolute word of God. The Bible is perfect.

For example, we see in Ecclesiastes written in the year 950 BC, there is a verse in chapter 1 that reads,

The wind blows to the south and turns to the north; round and round it goes, ever returning on its course.
Ecclesiastes 1:6

This is perfectly describing the jet stream. The jet stream has a profound influence on our weather every day. But was it possible in the time of King Solomon to understand that there was a jet stream? Actually, it was impossible to understand it until late 20th century when we had satellites and high altitude aircraft.

And also, the book of Job reads the earth is suspended over nothing.

…he suspends the earth over nothing.
Job 26:7

Now we know that as every schoolchild does, from satellite photographs; of course, it is true. But it was not till the 16th and the 17th century when Sir Isaac Newton developed the branch of mathematics. At that time, no one on Earth had a concept of the universe.

In those days when no one had a concept of the universe, God already made known and recorded the facts in the Bible. What does Job 26 say?

He spreads out the northern skies over empty space;
Job 26:7

In 1981, astronomers wrote, “According to Big Bang Theory, there should be many more stars to the north. We don’t know why they’re not there.” It was already written by God in the Bible. Let’s look at Job 28, too.

The earth, from which food comes, is transformed below as by fire;
Job 28:5

Job did not write after five-day journey form here: “There’s a mountain that spews ash and fire every 300 years.” Job wrote about the the entire earth, and we know through Earth Science this is exactly true, today.

Where can we find the source of life?

The Bible is true, scientific, and absolute word of God. And it makes known the answer we could not find in the universe. Now, we’ve found the reason we must seek the source of life in the Bible.

We should study the Bible. And of course, we should pray so that we can communicate with God, and we must look at what has been made.

Life without Mother’s love is meaningless

I’ve been blessed to receive much knowledge in science, medicine, business, history, and life. However, the degrees, the experiences of being a CEO, and all of the science that I’ve experienced have never brought the true meaning to my life. The most precious gift that I’ve received is to realize Heavenly Mother’s love. Life without this love is meaningless.

Mother, the true source of life

The life we care about is the life of the spirit. Our Heavenly Mother is the Ark of the Covenant and the Most Holy Place. She is the source of wisdom and the greatest love in the universe.

I was once proud to be a scientist to think that I had learned a great deal in my life. But in reality, I was lost in the dark world of sin and death. Mother, I am a child again—Your loving and devoted son. I have found my Father. He is my Savior, Father Christ Ahnsahnghong. And I now know my Mother. I now know there is Heavenly Mother. I now realize Mother’s love. Mother, You are the perfect love that is the greatest treasure in the whole universe. You are truly the source of life. I’m so proud to be called Your child.