Mother, the Master Key of the Administration of Our Souls 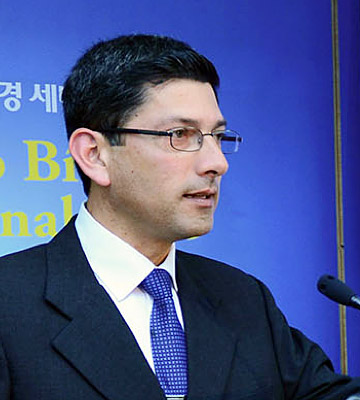 Business administration study is a set of ordered and systematic knowledge that guides to facts destined to achieve success. Business administrators make plans that are more effective and efficient to achieve success, and do their best to carry out the plans. Their administration plans may vary according to the purpose the company was established for; and according to the goals, they can establish principles of success.

For a company to succeed, it has to realize that there’s a problem and that the problem is solvable. To solve a problem in business administration, there should be three requirements: First, there must be a goal, the second is keeping in mind that there is an obstacle, and the third is having the will to solve the problem.

With these three principles, a company can solve its administration problem. But it should understand that every problem has two factors: One is known or common factor that is normally around us and the other is unknown or hidden factor.

Success and failure in administration

The common mistake in administration is making decisions only by considering the factors or mistakes that are known or simply seen. However, to give a proper solution to a problem, a company needs to direct all its efforts to know hidden factors or mistakes.

If a company has all efforts guided and meets customer’s satisfaction, it will be successful administration and we call the one who does that a great administrator.

Administration of faith for our salvation

The Bible teaches us that there is a great administrator who leads our life of faith to success, that is, to the salvation of our souls.

I have become its servant by the commission God gave me to present to you the word of God in its fullness …
Colossians 1:25

God is administrating the salvation of our souls, and for which He uses His ministers. The ministers deliver salvation through the law of Christ and through the administration of the new covenant, understanding that it is God who manages our salvation. They must consider that all human beings are faced with a problem. To solve that problem, they have to consider the factors that are known and unknown as well.

Moreover, they need to recognize what the obstacle is. The obstacle is not knowing God. They must also have the goal—the salvation of the soul, and have the will to solve the spiritual problem that human beings are faced with. Such a will leads people to repentance which is necessary for them to seek salvation and know God. When the ministers know these principles and are aware that mankind has a problem, the problem is solvable.

When we know the secret hidden in the Bible, the administration of saving souls can succeed

Since we, God’s ministers, are aware that there is a problem and it is solvable, then we must seek the hidden mysteries. If we don’t know these hidden mysteries, there will be a definite failure in the administration of our salvation.

Jesus spoke all these things to the crowd in parables; he did not say anything to them without using a parable …

“I will utter things hidden since the creation of the world.”
Matthew 13:34–35

The mystery of salvation of our souls hidden in Genesis

The majority of Christians refer to God as the one and sovereign God in heaven. They do not think about something hidden, but give an unconsidered answer to such an important question with their knowledge and with only things that they can see just before their eyes. However, the Bible shows that there’s something hidden, a mystery. The word, “us” in Genesis 1:26 is the core of the mystery.

The following verse reads, “God created man in his own image, in the image of God he created him.”

So God created man in his own image,in the image of God he created him;male and female he created them.
Genesis 1:27

When God created man in His own image, He created male and female. This means there are the male image and the female image in God’s own image. Here lies the secret that many theologians have not solved until today.

God the Mother testified in the Bible

In the original text of the Bible written in Hebrew, we can find the word Elohim more than 2,500 times. Elohim is the plural noun for El or Eloah, which means more than one God, and as we have seen so far it is God the Father and God the Mother.

Let’s see more verses to support this. The Lamb’s bride in Revelation 19:7, too, has been a mystery, so the majority of the churches call the bride of the Lamb as the church until now. But is this true?

“Let us rejoice and be glad and give him glory! For the wedding of the Lamb has come, and his bride has made herself ready.”
Revelation 19:7

… “Come, I will show you the bride, the wife of the Lamb.” … showed me the Holy City, Jerusalem, coming down out of heaven from God.
Revelation 21:9–10

In Revelation 21:9–10, the bride of the Lamb is expressed as the Holy City called Jerusalem. Apostle Paul, who went up to the third heaven, fearlessly and courageously testified that the Holy City Jerusalem that is coming down out of heaven is our Mother.

God the Mother has come in the last age with God the Father [the Spirit] who is the Lamb to give us the water of life.

The Spirit and the bride say, “… let him take the free gift of the water of life.”
Revelation 22:17

Those who seek for the salvation of their souls must meet God the Father and God the Mother who administer their souls.

Mother, the master key of the administration of our souls

So far, we’ve found the solution, the master key of the salvation of our souls—that is God the Mother. As we’ve realized God the Mother and had knowledge about God the Mother, we can understand every mystery written in the Bible from Genesis to Revelation.

Press on to know God

In business administration, the whole staff makes efforts to know how a customer thinks, how he feels, and what he likes to have, and find the ways to satisfy the customer. In the same way, we must realize God and make every effort to learn about Him for the salvation of our souls.

In the book of Hosea, God says that people are destroyed from lack of knowledge of God. This is why we should press on to know God. We must know not only God the Father but also God the Mother who has been kept hidden for ages and generations. Those who want to make a success in salvation of the soul must know Heavenly Mother without fail.

All people must go to the church where they can meet Heavenly Mother, so that their souls will be saved. Which church in the world knows and believes in Heavenly Mother? It is only the Church of God.

Please come to the Church of God and press on to know Heavenly Mother who has been kept hidden for ages and generations so that you can be saved.