Who Is Your Mentor? 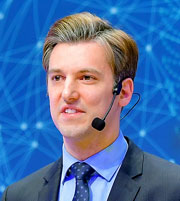 Definition and the Role of a Mentor

Mentor’s main role is to assist the mentee to become successful. When we look back on our life, we have received help from a mentor many times to get where we are today. There is no one who can do everything perfectly by her or himself without receiving help from someone else. Therefore, we can say that success depends on the quality of mentor’s advice that you follow, no matter your motivation.

In other words, a big part of our success depends on who our mentor is.

There are many examples of people who were successful through the help of special mentors. Mark Zuckerberg mentioned Steve Jobs, the founder of Apple, as one of his mentors, and Bill Gates said that one of his mentors was Warren Buffett.

The United States of America has become the biggest economic and military power worldwide for about 250 years after being founded in 1776. The primary factor that influenced the success of the USA was ‘the constitution.’

Because King Cyrus successfully ruled over many different kinds of people and cultures, Thomas Jefferson, one of the founding fathers, turned to him for inspiration to governing a multi-cultural state. Likewise, King Cyrus inspired the constitution which the foundation of the USA is built upon.

Who Was the Mentor of Cyrus?

Normally, when a king conquers a kingdom, he usually takes control over the conquered people and makes them work for him. But Cyrus was completely different. The Israelites, who had been oppressed by Babylon, were freed by Cyrus and allowed to return to their home country. They not only received a proclamation from Cyrus to rebuild their God’s temple in Jerusalem, but even received support materials. Cyrus didn’t come to this decision by himself. He too had a mentor.

This Prophecy in Isaiah was given about 170 years before Cyrus conquered Babylon. It was God who gave the order to Cyrus to set the Israelites free and to rebuild the temple of Jerusalem. God almighty, who is an excellent mentor, not only has a lot of experience but also foresees the future. For this reason, Cyrus was a unique king, who went down in history as an inspiration for the founding fathers of the USA.

Who Is the Mentor of the Church of God?

Christianity, which has spread worldwide, is now dramatically declining.

For example, Europe is known for their extensive Christian background, but even the European theologians are studying the decline of Christianity. In an article by The Guardian, Stephen Bullivant, a professor of theology said:
“Christianity as a default, as a norm, is gone, and probably gone for good.”
This phenomenon is occurring worldwide in Christianity.

One could say that Christianity is no longer successful. Despite this, the World Mission Society Church of God is continuing to grow. Its volunteer services astonish the world; because of this the Church of God has received many presidential awards, like the U.K. Queens Award for Voluntary Service, three different presidential certificates in Korea, and the US Presidents Volunteer Service Award. But these awards are only a small success compared to the greatest success of the Church of God.

One of the things that Bill Gates said he learned from Buffett is how precious time is. No matter how much money you’ve got, you cannot buy time. All of us have a 24-hour day. Even the richest people can’t add a year to their life.

But we, the children of God, were promised eternal life and entering the everlasting kingdom of heaven where there is no more death, mourning, crying or pain. Among all our achievements, this is truly the greatest success.

Surely there should be a mentor in the Church of God that made it so successful.

For the Lamb at the center of the throne will be their shepherd; ‘he will lead them to springs of living water’…
Rev 7:17

All your children will be taught by the LOAD, and great will be their peace.
Isa 54:13

This is also a prophecy that God would be our mentor. Then, who does “your children” refer to in this verse? When we read the previous verses, we realize “your children” represent the children of the city Jerusalem. Whom does Jerusalem refer to?

But the Jerusalem that is above is free, and she is our mother.
Gal 4:26

The reality of Jerusalem is our Heavenly Mother. Her children are those that will be truly successful in entering the heavenly kingdom.

Since it’s difficult to put into words, let’s understand this by watching a video.

Like the mothers in the video, Our Heavenly Mother has led the Church of God, which began small and humble, to success.

The members of the Church of God serve their neighbors through a variety of volunteer services, but their biggest wish is for them to have the ultimate success. Therefore, the Church of God strives to preach to 7 Billion people to shine the love of our Heavenly Mother whose only wish is that everyone will enter the kingdom of heaven.

I give all honor, glory and everlasting thanks to Heavenly Father and Heavenly Mother, who are my mentors.

Thank you very much.