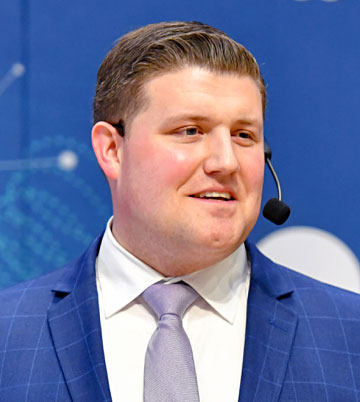 Creation is all around us. In it, there is life. If something is created, it must have a creator.

But it is common for people to deny their creator even though the proof of our Creator is right in front of us.

Today, through the creation, let us realize Elohim God who is the creators of all things with the presentation, “Elohim God: the Creators Signature.”

All creators have their signature. It means there is certain style and pattern that they intentionally put into their creation. Engineers, architects, and even artists have a signature.

We may all know the painting, ‘the Mona Lisa.’
Its creator is Leonardo Da Vince who is also well known as one of the famous artists. When we take a good look at this painting for a moment, through use of color, expression on the face, and the background, we can notice that Da Vinci has a certain style, his own signature.

Next painting is called “the Playing cards” Do you think this is also a Da Vinci painting? Style is different and its pattern is totally different as well. This painting is drawn by Pablo Picasso. Picasso’s style is abstract, He has a different style, a different pattern from Da Vinci.

Another painting is called “Starry Night”
Does it look like a Da Vinci or Picasso? No. its different style, pattern. This is painted by Van Gogh. lf you study this painting also we will see he has a pattern. Van Gogh used swirls for a background and was known to use a lot of paint as if he took the tube and smeared it on the canvas.

Who is the creator of this painting? (Picasso)
Yes you’re right. Great job!! You clearly know its creator from its pattern.

Everyone who painted this picture? (Van Gogh)
Yes exactly right. You really are experts now.

Ok last picture. Through process of elimination I believe all should get this right.

Everyone who painted this picture (DaVinci)
Yes Everyone gets 100 % grade well done. Everyone clearly recognized the identity of the creator from their creation.

Then until now we only saw about painters, what about the true creator. Who made the universe, the earth and all life. Just like when you realize the pattern of the painters you clearly see the creator. So through this physical creation we can realize the creator.

plain to them. Since creation of the world. lnvisible qualities, eternal power, divine nature. being understood by what had been made. So that we have no excuse.
Ro 1: 19-20

Then study the creation well and you will realize it’s Creator.

Does anyone know what these 4 things have in common. The galaxy, leaves of a plant, a human face and DNA.
1st glance they seem unrelated. But with a closer look we can realize they all have the same pattern, style, signature made by their creator.

Put simply (0+1 =1) (1+1=2) (1+2=3) (2+3=5) (3+5=8)… so on into infinity. What is really special is the relationship between the numbers in the sequence Known as the Golden Ratio sometimes called the divine proportion. The numbers are related by Phi(1.618). As the numbers get larger and larger in the series they get closer to the golden ratio. These numbers and the golden ratio have been observed by mathematicians, scientists and philosophers throughout history.

Because the Golden ratio is found throughout nature But what is important to realize that no scientist created the golden ratio. lt was already made by the creator. When we study the creation we clearly see this is the creators pattern, style, it is a signature of the Creator.

Then where can we find this divine proportion, well we don’t have to look any further then ourselves. The human body itself is made up of the Golden Ratio. The torso in relation to the body, The 3 segments of our finger, Hand to forearm – Forearm to arm – Even the Human face is considered most attractive in the Golden ratio.

Not only human body, but also thought nature. Seed nubs of the pine cone grow out 8 spirals clockwise 13 spirals counterclockwise. The sunflower also grow is the golden sequence. Spirals growing out from the center 21, 34, 55.

In terms of biology it turns out that growing this way maximizes the space the seeds can grow. Allowing the plant to produce the most amount of seeds in the limited space. It means growing in the Golden sequence. Maximizes the plants ability to produce.

The same goes for pineapples.

And so many plants grow in the Golden Ratio. Growing this way increases Sunlight exposure and water consumption.

Looking from a bigger perspective, Natural disasters like hurricanes are spiraling in the Golden Ratio. Triangle Saturn’s rings have formed in the golden Ratio

Looking even broader What’s more the Disc Galaxies that are spinning right now in the universe are spiraling in the same sequence we found in nature on the earth. The pattern found in DNA, creatures on earth and the rotation of the galaxy is all in the same pattern same style same signature.

What’s more since we humans are also inside this creation. We cant help but to be hardwired with the Golden Ratio We can’t help but also be inside this pattern.

Humans judge objects and beauty all according to this Divine proportion.
So Companies use the Golden ratio in their logos, so that their brand can be more appealing,

Why are we drawn to this pattern in Creation. To answer we should consider who had authority over. Human body, DNA, nature, hurricanes and even the Galaxy. Can any man dare say that he did it. Can any scientist say he designed the galaxy & the DNA, The only one is the Almighty God.

To understand this, let’s watch a short video.

Through this video, we confirm that our creator has own pattern and signature.

Nobody can say they have dominion over these things. The only one is our God.
Just like once we learn the pattern we don’t need to see Picasso and DaVinci name. We clearly know them as the creators.

Also we don’t need to see made by God written on the galaxy or on the leaf or etched into or DNA the very pattern is shouting to us, so we should listen.

They don’t do it with words. Their very existence is shouting to realize about the creator.

Your are worthy oh Lord, You created all things and by Your will they were created.
Of Course God is worthy, but why Because You made all things and they exist by your will.
Rev 4:11

The pattern the Signature is no mistake. All had will of the Almighty Creator. It is said Picasso drew realistic portraits very well. But he chose the style of Abstract because he wanted to inspire emotion it means not a mistake.

In creation from tiniest thing like DNA to huge thing line Galaxy the same signature exists. lt is the will of the one who made it. Then not enough just to acknowledge God, but Specifically what is the identity of our Creator.

Ge 1:27 mankind is made in the image of the Elohim God Male and Female. Means Elohim was first male and female, then we the creation was made in their image and likeness. So what is the identity of Elohim Creator God who’s images are male and female.

It is our Heavenly Father and our Heavenly Mother. They are the creator God’s who put their who put their pattern , their signature inside all of creation. Whats more the bible says this was done so we can clearly see our Creator. Amazingly since we are made in God’s image, Then we are also allowed to see God in the Creation. Fish, Birds, Livestock all made by God , But not in the image of God.

Humans we’re made in Elohims image so humans are also allowed to see Elohims signature in creation Our Father and Mother made all things by their will and most of all they are still creating us those who receive them to be made perfect too be ready to enter heaven.

Hoping that all 7billion people of the world will acknowledge their Creator thru the clear signs in creation and receive Elohim our Heavenly Father and our Heavenly Mother who is the source of all goodness, peace, joy and love.