The Value of the New Covenant Hidden in Black Gold 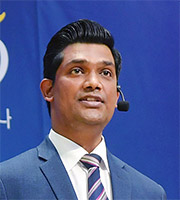 Importance of petroleum in lives of modern people

In our daily lives, we practically use petroleum and its products. The Mobile phone that you are holding in your hands, other plastic products, Asphalt to build roads – all these are petroleum products.

As it is used to produce countless products, there would exist nearly nothing today if there was no petroleum

That’s why it has a title of ‘Black gold’ as it shows how important Petroleum is for our lives.

How is petroleum created and extracted

The word “petroleum” is derived from the Latin Language: ‘Petra’ means rock and ‘Oleum’ means OIL. Petroleum is a fossil fuel formed from the remains of ancient marine organisms like algae and sea plants.

These organisms died millions of years ago and they were buried into the ground and covered with layers of mud. And then, under high pressure and high temperature, the remains of these organisms transformed into petroleum. Likewise, petroleum is found deep inside the earth and seabed, which is several thousand feet below.

It had taken a long time for human beings to know the value of it. Even though it has been only developed as industry for 100 years from late 19th century, it has made a large contribution for the development of human industry.

Importance of petroleum and of the New Covenant

Now, petroleum is working as blood of modern society.

What if there is no petroleum in our life today? We might live life like in the middle ages.

Second, we will hardly go to hospital as it operates by medical devices and medicines that can be produced by petroleum. Due to the situation, many people will die from preventable diseases because there is no vaccine and medicine.

Third, we will hardly use public transportation and distribution industries will die out. We might use boats to go abroad so there would be a huge waste of time and money.

The fact that petroleum performs the important role to people in modern society resembles what the New Covenant does to the people of God.

New Covenant is the commands of God established for salvation and happiness of our souls, such as the Sabbath day, the Passover, and the Seven feasts in three times. Through the New Covenant, God’s people could become the children of God and receive the salvation.

Then what if the New Covenant did not exist?
Our spiritual life may be like in the Dark ages when there is no light of truth.

First, we cannot receive the forgiveness of Sins from God so we cannot enter the eternal Kingdom of Heaven where there is no more pain and suffering. We would live in sorrow and pain without hope for Heaven. (Rom 7:24)

Third, according to the Bible, God dwell in those who keep the New Covenant and protect them in any dangerous situations. (Psalms 91:7~10)

However, if there is not the New Covenant, we cannot be protected by God.

There is the only church that keeps and preaches the New Covenant that is World Mission Society Church of God.

Church of God knows the value of the New Covenant that enriches spiritual lives of the saints.

Discovering the value of petroleum and of the New Covenant.

Before the value of petroleum was not known, how did people in the past use it?

People who did not know the value used it as alternatives when whale oil or fire wood was out. Sometimes, people used it as a laxative or a lubricant for wagon wheels.

Eventually, industry of synthetic rubber, textiles and resins had been developed after World Wars. And now, it is used from A to Z, Aspirin to Zipper.

Discover of the value of petroleum is similar to the New Covenant in the Bible revealed in this age.

Due to the reason, those who did not know the value of the New Covenant interpreted the Bible by themselves and made men’s commandment. (Isa 29:13)

We should not forget that it was not easy for the New Covenant to be restored.

In the case of petroleum, it has been created for millions of years, but people use it easily whenever they need it. Many people seem to be unaware of a huge amount of time for it to be created.

In the same way, God spent eternity to plan 6000 years redemption work for the New Covenant to be restored and preached to 7 billion people of the world in this age.

The Bible prophesizes that Christ need to come again a second time to let us know what was hidden.

“… judge nothing before the appointed time; wait till the lord comes…, he will bring to light what is HIDDEN in darkness”
1 Co 4:5

Accordingly Our Father Ahn Sahnghong, restored the New Covenant, so we keep God’s commands with Joy and have the living hope for heaven.

Then, what kind of path Father went through to establish the New Covenant?

He wanted the world to know the value of the New Covenant, but, whenever he preached the truth, he was insulted and persecuted. Though he worked all day breaking stones and wrote the book of truth under the dim lamp at night, he was not comforted the next morning & preached the gospel.

He walked such a path every single day for 37 years. Then why did Father walk this hardship? It is to reveal the Reality of the New Covenant through which we can receive salvation and true happiness and peace.

The Book of Galatians talks about two covenants; the Old Covenant and the New Covenant.

The New Covenant is referred to as Heavenly Jerusalem.

Jerusalem that is above is free & she is our Mother.
Gal 4:26

I want to give eternal thanks to Heavenly Father for establishing the New Covenant our Heavenly Mother for us.

I hope that we will all reveal the glory of our Heavenly Father and Mother by preaching the New Covenant.