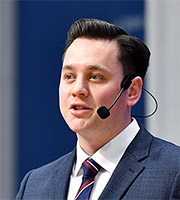 First of all, what is DNA?

The discovery of DNA and the research that has been done since is indisputably one of the most important discoveries of the modern era.

Scientists estimate that if you were to stretch out all the DNA in your body, it would be enough to travel to the moon and back 6,000 times. Where in our body does it all go?

DNA is a molecule composed of two chains that form a double helix carrying the genetic instructions used in the growth, development, functioning, and reproduction of all known organisms and many viruses.

The study of DNA has led researchers to discover that human beings are, genetically speaking, 99.9% similar. What a difference 0.1% can make!

DNA, confirmation of the relationship between parents and children

Using the genetic information in DNA, scientists can confirm the relationship between parents and children, as children inherit their DNA from their parents. This is especially useful in paternity tests or in the event that a missing child reunites with his parent after a long time.

Through a DNA test, scientists are able to identify the relationship between parent and child. Just because someone says he’s someone’s child doesn’t make his claim valid.

For instance, I’m sure you’ve all heard stories of someone becoming rich and then all of a sudden, their long-lost cousin, brother, sister, daughter, and so on reach out to them. However, a DNA test can be used in validating or discrediting such a claim.

At this point in your lives, I’m sure that most of you have already heard of and are familiar with most of the information that we’ve covered so far about DNA.

However, the next portion of the presentation I want to share with you is about mitochondrial DNA.

Mitochondrial DNA is the DNA that exists inside the organelle called the mitochondria.

Mitochondria are bean shaped organelles found in large numbers in most cells. They function as the powerhouse of a cell, supplying respiration and energy production for all molecular activities.

Mitochondrial DNA inherited through a mother

Then, why do we inherit mitochondrial DNA only through mothers? It’s because the location of mitochondria in a sperm cell is in the base of its tail. When a sperm penetrates the ovum, it detaches the tail while the head enters into the egg. Thus, mitochondrial DNA is inherited from the mother’s egg, not from the father.

In other words, my mitochondrial DNA should be the same as that of my mom, my aunt’s, my aunt’s children, and my grandmother. So, just like DNA, mitochondrial DNA can be used to confirm the relationship, in this case, between a mother and her child.

This is so important is because, spiritually speaking, our soul is like missing children.

We are born without knowing where our soul came from and where it is going. The Bible also confirms this.

In Luke 19:10, Jesus said that He came to seek and to save what was lost. In 1 Peter 1:9, it says, “You are receiving the goal of your faith, the salvation of your souls.”

So what needs to be saved is our souls.

In other words, our soul is what was lost and separated from our parents.

There is a spiritual DNA test that we can find our spiritual Parents.

Then, what is the way that we can receive the spiritual DNA from our spiritual Parents?

In Luke 22:20, we can see that we receive spiritual DNA from God through the observance of the Passover.

Here, at the Passover Supper, Jesus gave us His spiritual DNA with the words, “This cup is the new covenant in My blood, which is poured out for you.”

Then, what about spiritual mitochondrial DNA?
How can we receive that?

As we can see, mothers are the only ones who can deliver life to us through mitochondria. Not only human beings but all living organisms have mitochondria and receive energy from them.

As no living organism can function without energy, it is not too much to say that mitochondria are life, and we receive life from our mothers.

In Revelation 4:11, it says that God created all things by His will.

So, there must be our spiritual Mother who can give us spiritual mitochondrial DNA.

But the Jerusalem that is above is free and she is our mother.
Gal 4:26

Galatians 4:26 shows that we have our spiritual Mother who gives us mitochondrial DNA.

As we saw, our souls were lost without our spiritual Parents. However, we can be reunited with Them through our spiritual DNA and mitochondrial DNA.

Though we were just living on this earth only focusing on our physical lives, our spiritual Parents have been earnestly seeking for us.

I once read a quote that pointed out something interesting.

That is how awful their loss is. Nothing can stand in the way of the parents who lost their children finding their children. Likewise, our spiritual Mother has never stopped seeking for Her lost children.

In Revelation 22:17, we can see that the Spirit and the Bride, who have been seeking for Their lost children since the creation of the world, continue to do so until the last page of the Bible, crying out, “Come! Take the free gift of the water of life.”

Before, we never thought that our spirit Mother exists or that we were even lost. However, now we know the way back to our heavenly Parents and can receive Their spiritual DNA through the Passover.

It is only the World Mission Society Church of God that has revealed the secret hidden within DNA and the reason God made a special bond between a mother and her children through mitochondrial DNA.

I hope that all of you were able to understand the precious truth about Heavenly Mother and can reunite with our Heavenly Parents through the Passover of the new covenant.

Thank you very much.